I am giving away a signed ARC of Charlesgate Confidential! There are two ways to enter:

That’s it! The deadline is noon CDT on August 15. International entries are welcome. Good luck!

Here is my latest updated tour schedule for Charlesgate Confidential! Hope to see you at one of these fine venues! 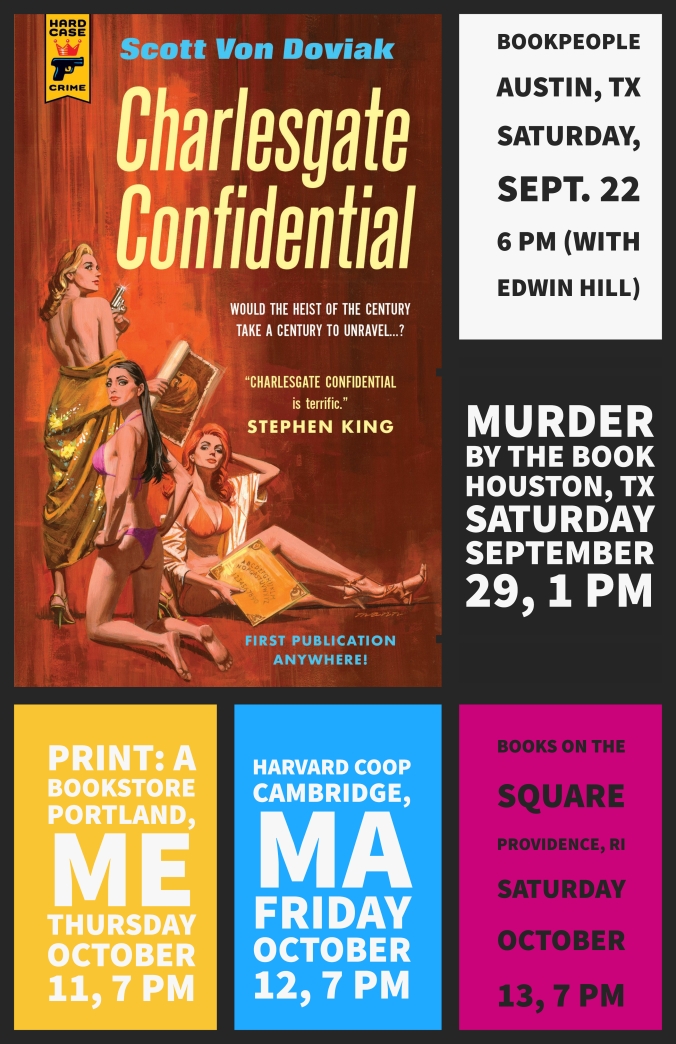 More reviews are in:

Booklist gives it a starred review! “An all-around superior thriller.”

Hope to see you on my book tour! The first review of Charlesgate Confidential is in. Kirkus Reviews calls my “waggish debut” a “wildly inventive fantasia spiced with frequent revelations of new crimes and new solutions.

The threads winding their way through the three interwoven timelines of Charlesgate Confidential include the Gardner museum heist and the fortunes of the Boston Red Sox, both already explored here in previous posts. But perhaps the most important linking element is the building that gives the novel its title. The Charlesgate, a real building in Boston’s Back Bay, has a fascinating history and a spooky reputation worth exploring. END_OF_DOCUMENT_TOKEN_TO_BE_REPLACED

Judged in a vacuum, there was nothing very special about the 2014 Red Sox season. Quite the contrary: the team finished in last place in their division with a dismal 71-91 record. Yet the spring of 2014 proved to be the ideal setting for the “present day” portion of Charlesgate Confidential. For the team and its fan base, the “Curse of the Bambino” days were part of the distant past. This was a new era for Red Sox Nation that began with the devastating 1986 loss and culminated in winning three world championships in less than 10 years. END_OF_DOCUMENT_TOKEN_TO_BE_REPLACED 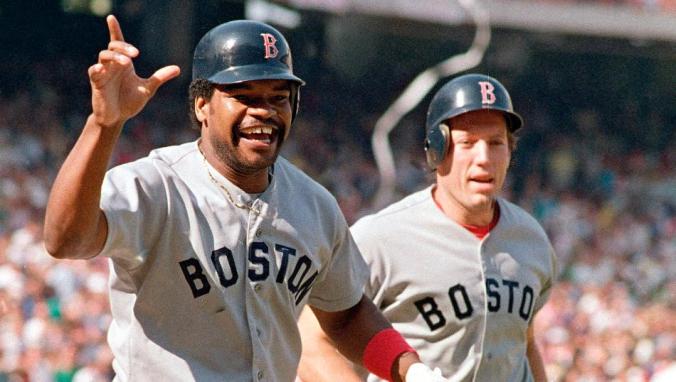 The two decades following the 1946 season were not kind to the Red Sox or their fans. In 1948, they finished in a tie for first but lost a one-game playoff to the Cleveland Indians. The team remained competitive throughout the 1950s, but after Ted Williams retired in 1960, the Red Sox sank in the standings and the fans stayed away in droves. That all changed in 1967, the Impossible Dream year, when triple-crown winner Carl Yastrzemski led the team to the American League pennant and another World Series showdown with the St. Louis Cardinals, with the same result: a Game 7 loss. Still, the fans had returned, for good this time as the modern Red Sox Nation was born. END_OF_DOCUMENT_TOKEN_TO_BE_REPLACED

Charlesgate Confidential is a crime novel set in Boston, and the story unfolds in three different time periods. Three different Red Sox seasons weave their way through the background of the novel, providing the pulse of the city. This week I’ll be providing an overview of these seasons for those who may not be familiar with the tribulations and triumphs of the Old Town Team. END_OF_DOCUMENT_TOKEN_TO_BE_REPLACED

The FBI has made a lot of claims about the Gardner heist in recent years: that the thieves are both dead, that there have been “confirmed sightings” of the stolen art in recent years, and that they believe “with a high degree of confidence that in the years after the theft, the art was transported to Connecticut and the Philadelphia region, and some of the art was taken to Philadelphia, where it was offered for sale by those responsible for the theft. With that same confidence, we have identified the thieves, who are members of a criminal organization with a base in the mid-Atlantic states and New England.” All of that may be true, but the fact remains that no arrests were ever made, none of the art has been recovered by the museum, and no one has ever claimed the reward that now stands at $10 million.

Twenty-eight years after the Gardner Museum heist, there have been no arrests and none of the stolen art has been recovered. That doesn’t mean there are no suspects, however. Here are some of the more popular theories. END_OF_DOCUMENT_TOKEN_TO_BE_REPLACED

Isabella Stewart Gardner‘s collection remained in place and untouched until the early hours of March 18, 1990. The heist was no elaborate Ocean’s 11 affair; there was no need for that given the light security at the Gardner Museum at the time. Two men dressed as police officers simply rang the buzzer at the employee entrance. The security guard on duty answered, and the men standing outside claimed to be Boston police responding to a disturbance. He buzzed them into the building, simple as that. END_OF_DOCUMENT_TOKEN_TO_BE_REPLACED